The CUW-180 twin capsule condenser is two capsules attached to one body for convenient and pristine stereo recording. Each of the two capsules is independently adjustable from 0º to 180º, providing a versatile microphone for a variety of stereo and surround recording applications.

It has great dynamic range, is very flat and more versatile than conventional X-Y as the response is consistent when used both near to instruments and further away as overheads. 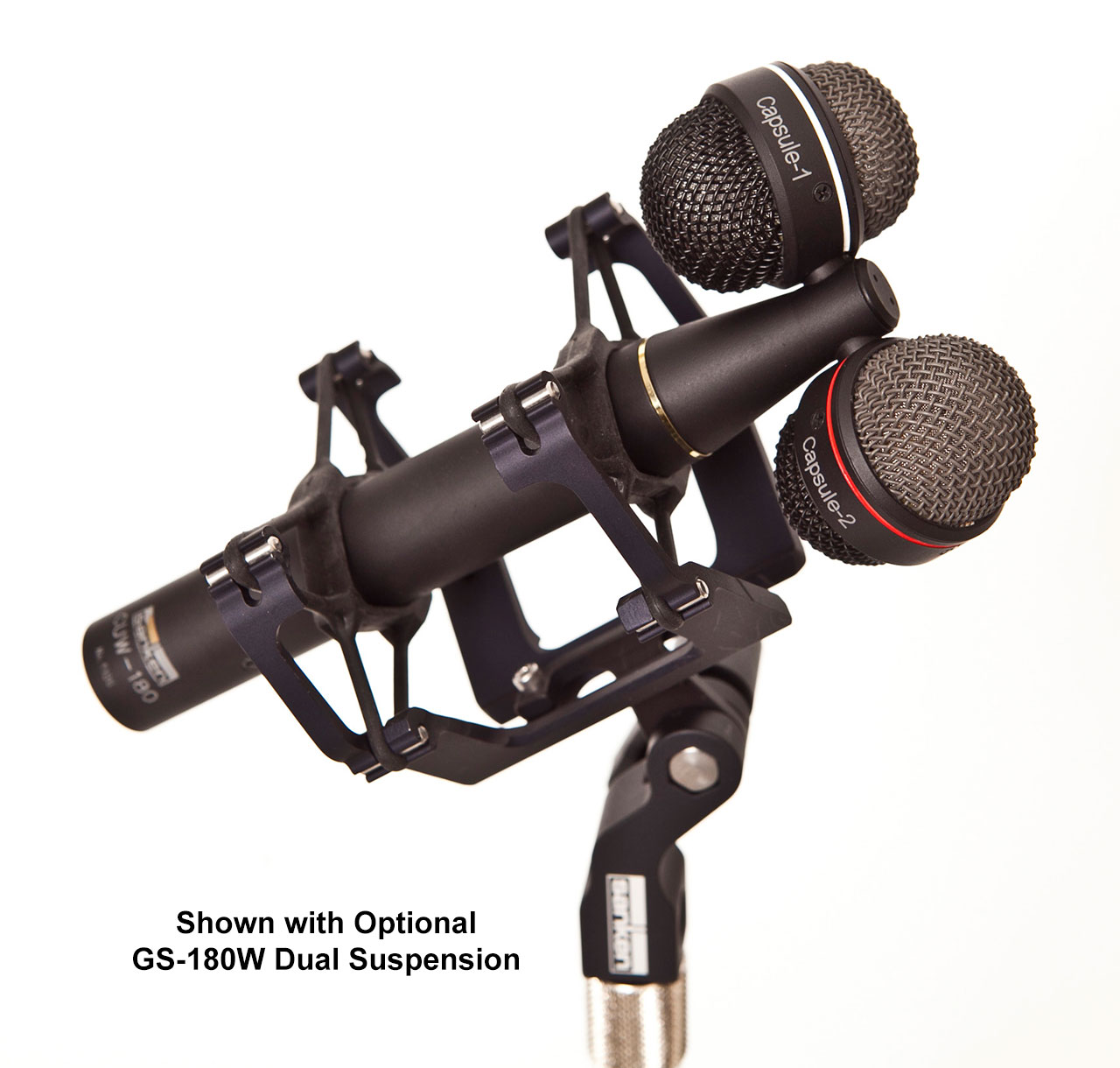 “The clarity and musicality of the 100k’s gave Joe Kraemer’s score great transparency, which allowed the music to emotionally enhance the film to its fullest.”

“The CO-100K mics are the perfect match for the DSD formats in which I record, which is sampled at rates up to 11.2 MHz, and has frequency response out beyond 100K.” 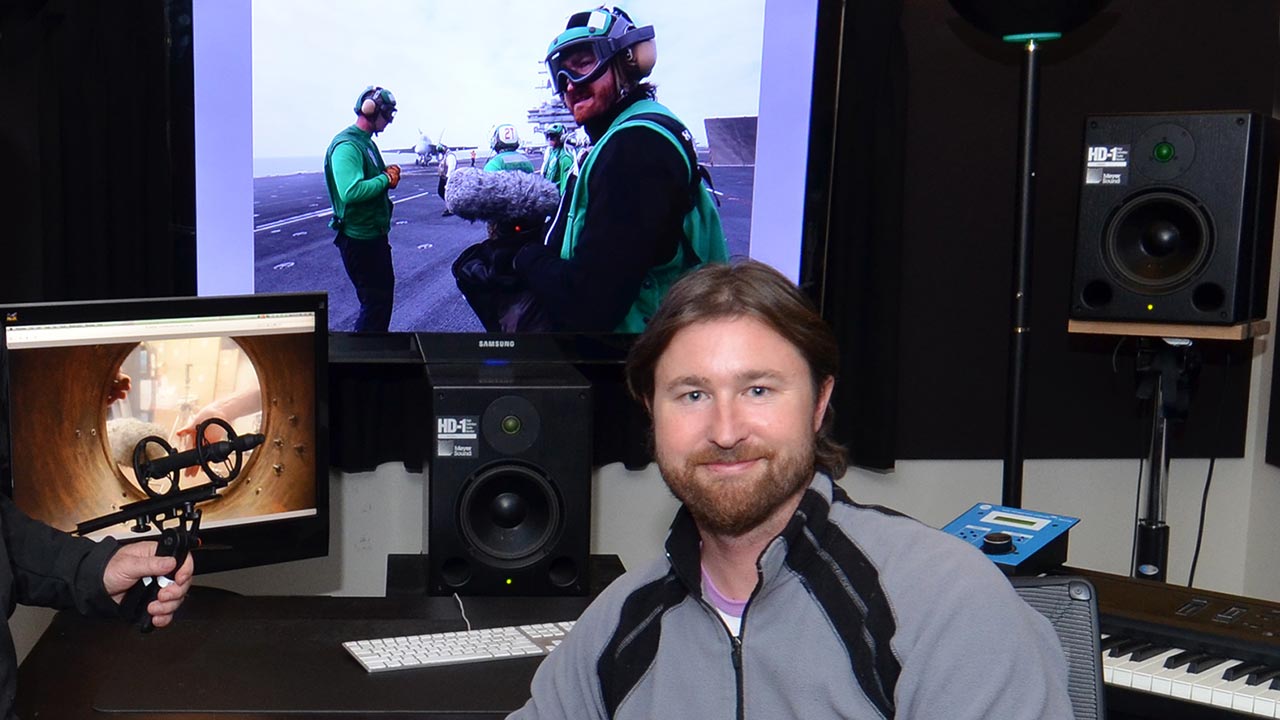 “Godzilla’s original roar in 1954 was created using a double bass and a leather glove. Using the Sanken 100K mic, we recorded the friction of a glove going across the strings to reproduce that iconic Godzilla roar” 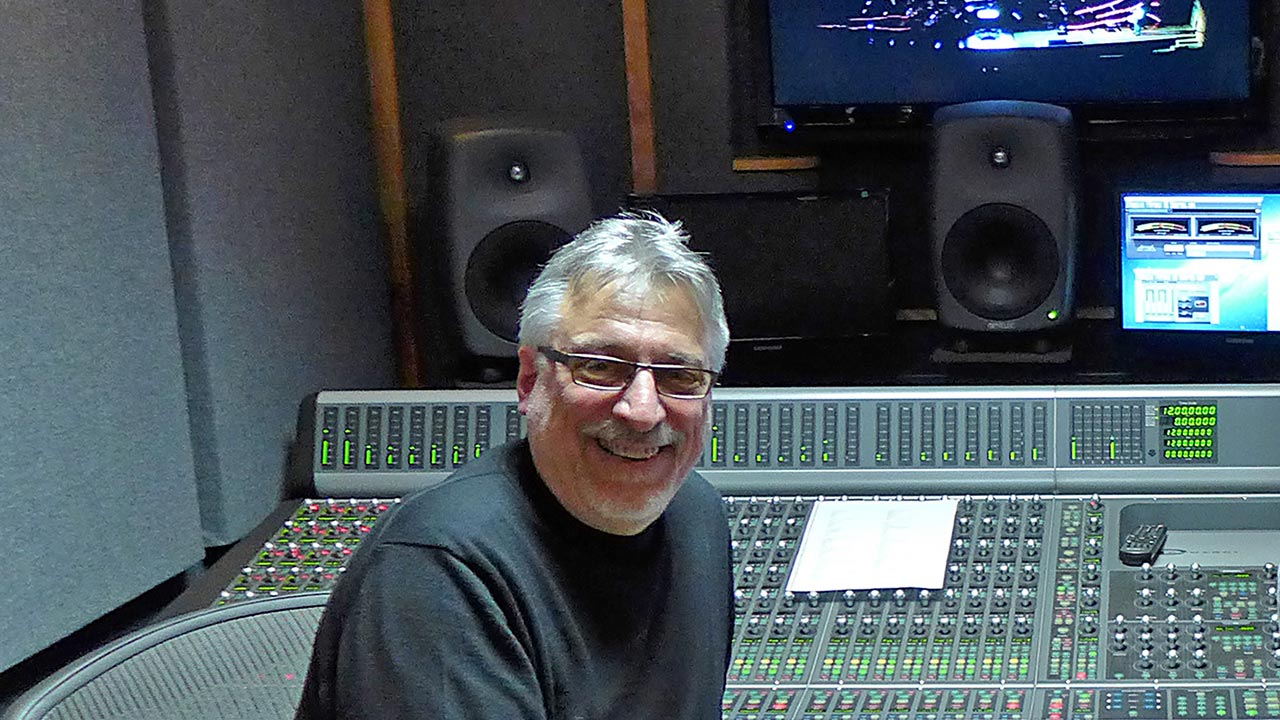 “My main orchestral sound came from 6 Sanken CO-100Ks, an LCR tree above the conductor, and 3 rear. These mics have a phenomenal response and a texture in the top that captures that high air in a warm way.”

“We loved the sound of acoustic guitar with the CU-55, and because they are small and side-address, they work very favorably when getting them into tight spots.”

Rob Jaczko, Chair of the Music Production and Engineering Department at Boston’s Berklee College of Music. 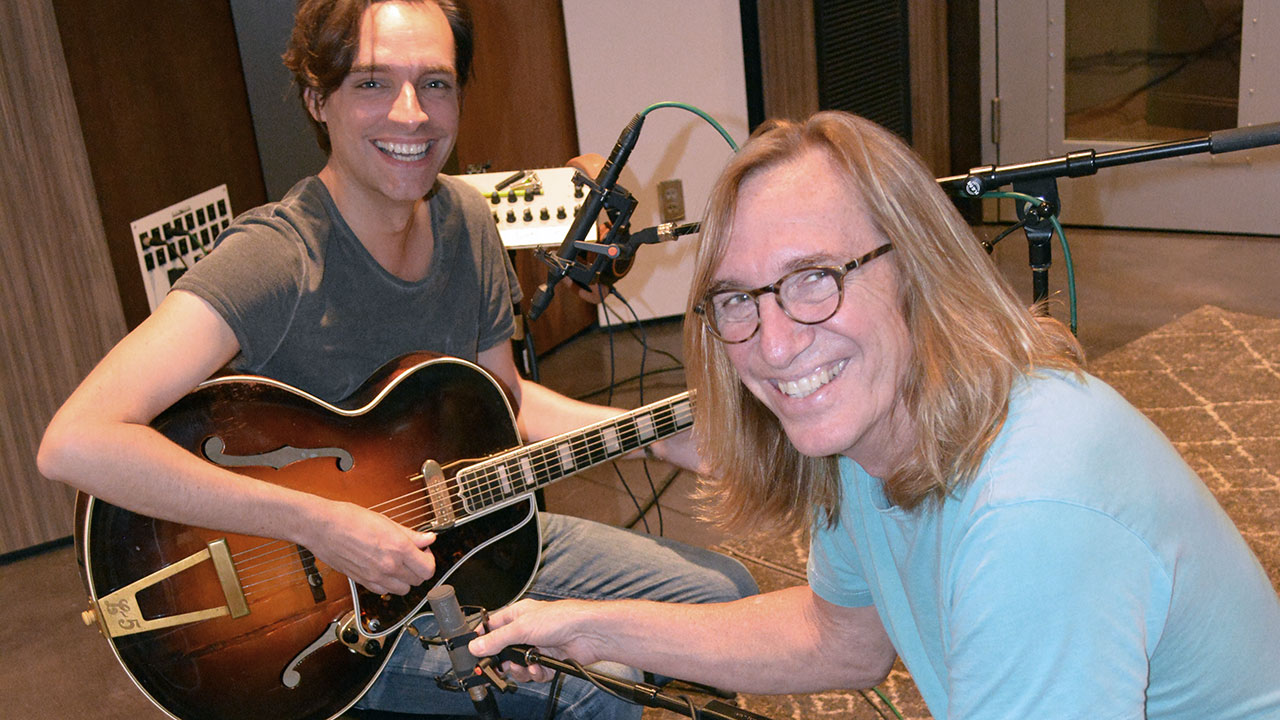 “I’ve been messing around with the CU-55 for about a year and just fell in love with it. I’ve used it on a lot of different instruments, the mic is fairly crisp, but not unnaturally so.”

“The CU-55s are small and unobtrusive, but they have a wonderful low frequency response while still providing super quick transients. You get a lot of air without harshness, and a really nice deep low end.”

“The CUW-180s perform wonderfully anywhere and everywhere, I use them as a pair over the stage for ambience. Eight feet up or so, at the lip of the stage angled at 45 degrees. I also use them for ensemble sections, as a section mic it is fabulous.”

The breakthrough CUW-180 is two exceptionally engineered cardioid condenser microphones combined in one compact body. Each of the two 180° capsules is independently adjustable with 15˚ detents. For stereo recording, such as common X-Y configurations, the precise alignment of both capsules maintains optimum on-axis response and phase coherence. The CUW-180 can also be used in interview situations between face-to-face participants, in a bi-directional figure 8 design, but with full independent control of each signal.

It is important to note that two microphone capsules in one body creates an ideal stereo configuration because the actual physical design takes into account the effect of the microphone body itself, as opposed to two separate microphones which are not physically designed to work adjacent to one another. The advanced physics employed in the operation of the CUW-180 utilizes extensive research conducted with NHK and furthers the Sanken legacy of incorporating new and innovative design concepts. 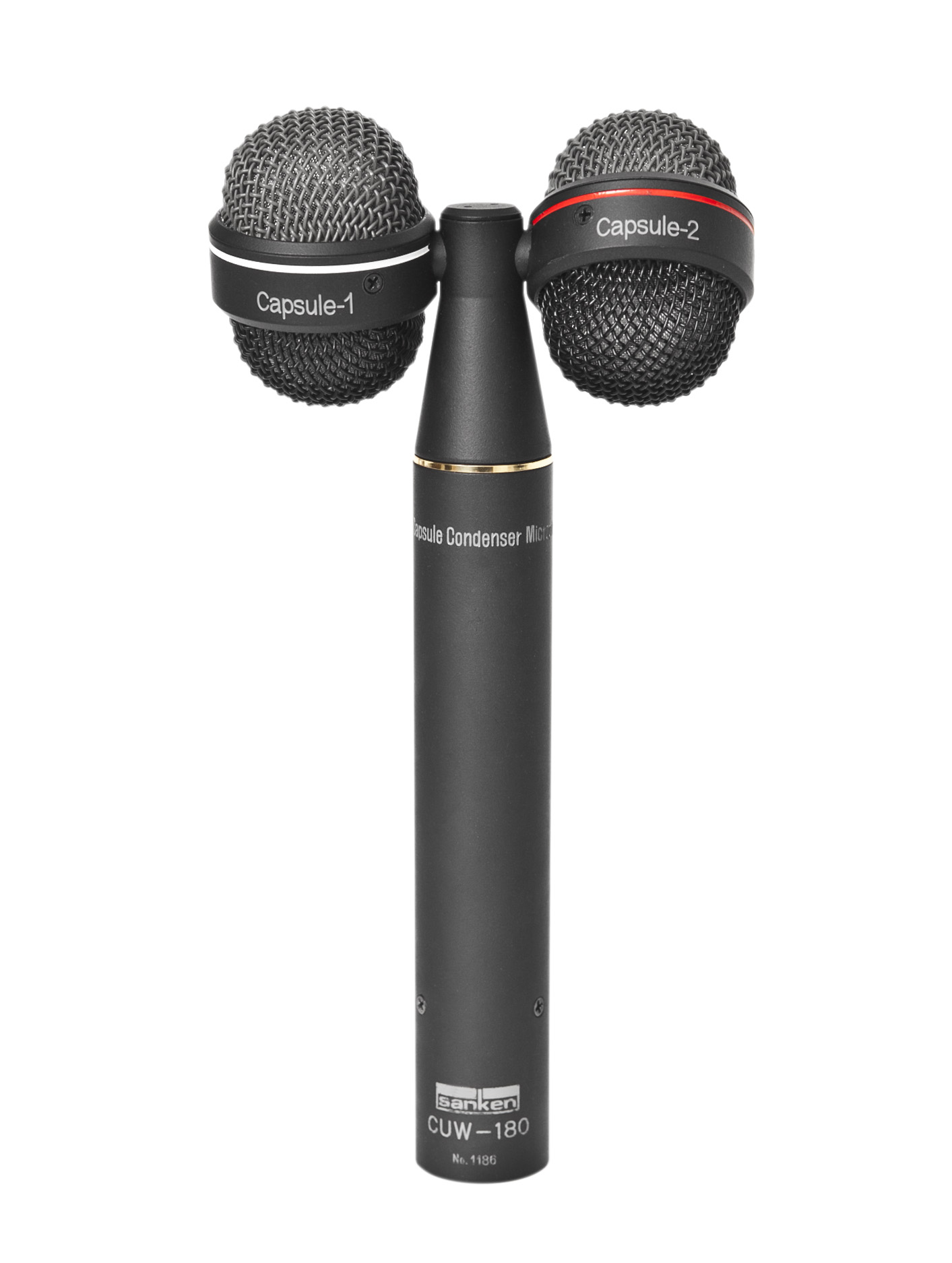 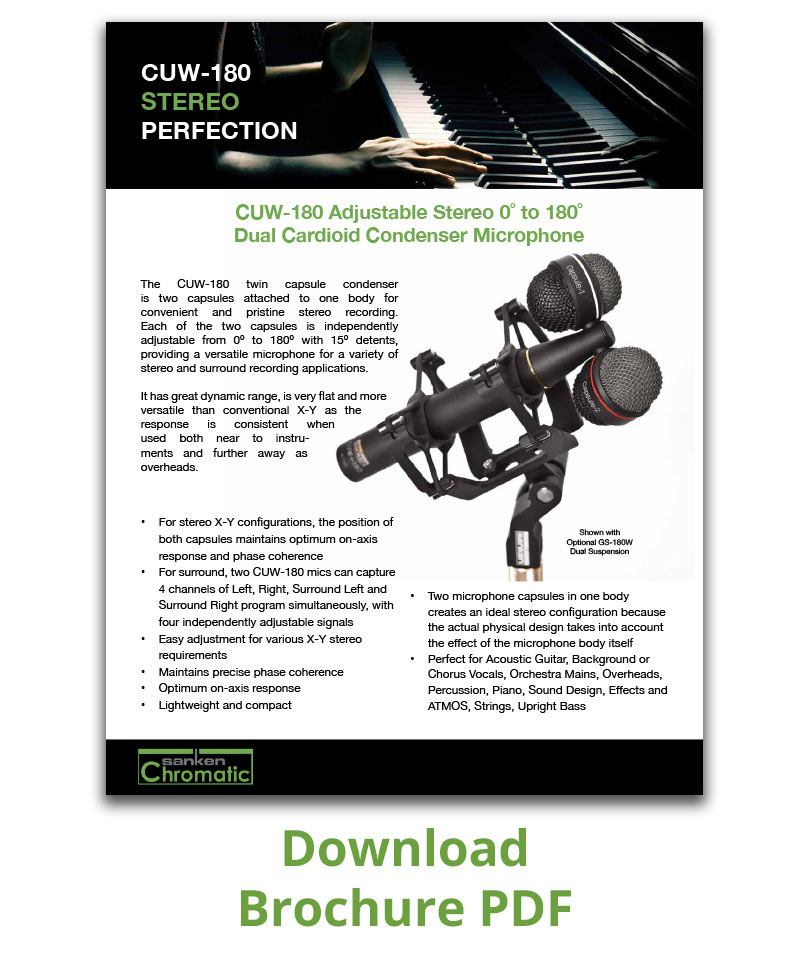 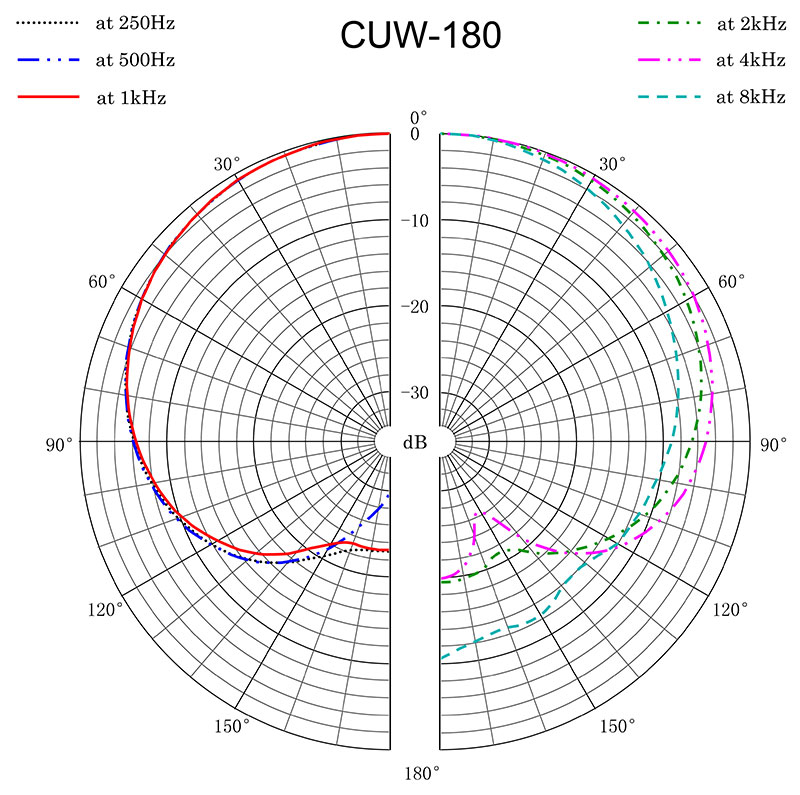