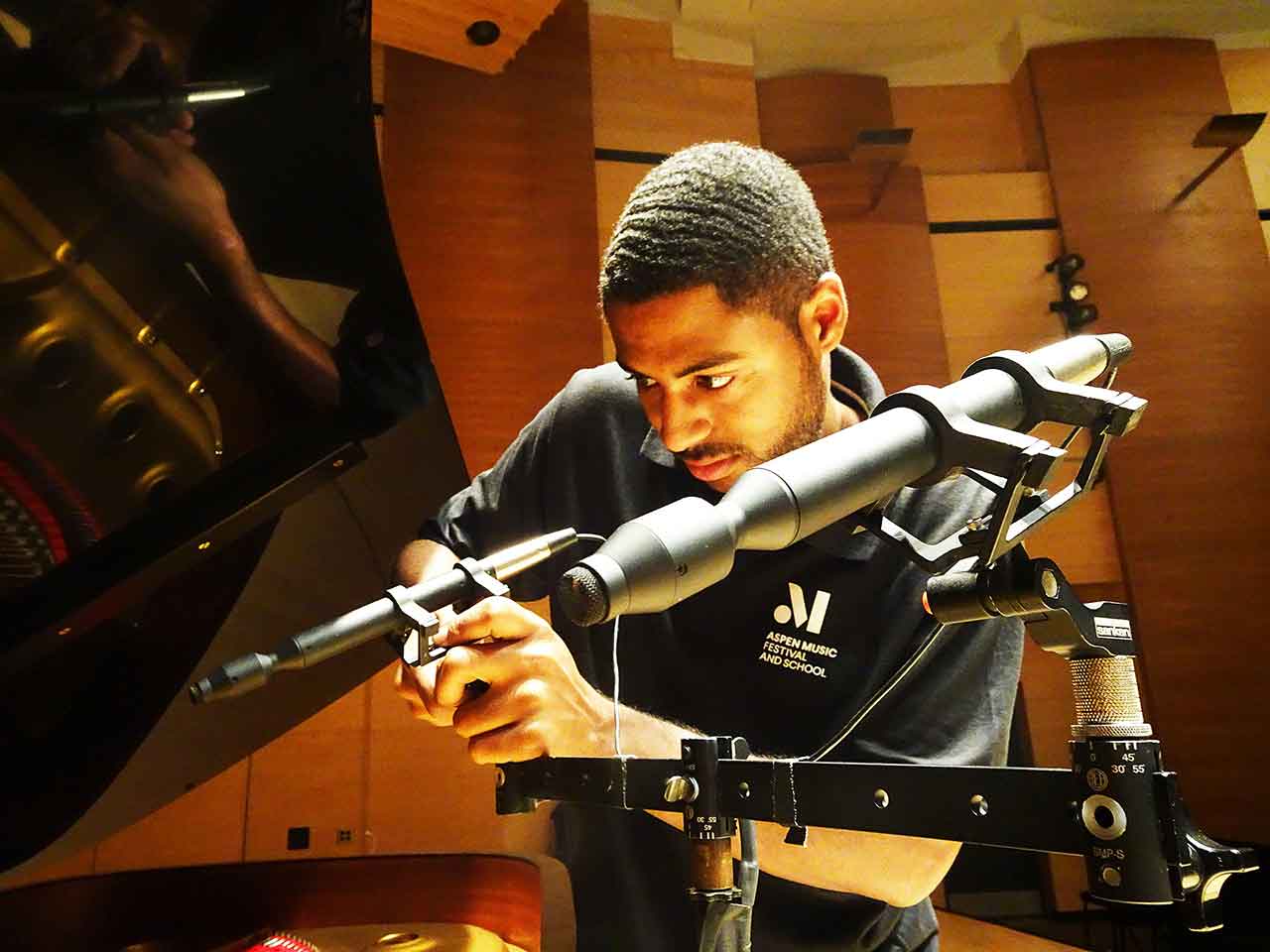 “I absolutely love the CO-100K microphones,” says Smith. “I have used them on just about everything and it always sounds amazing. The purity of sound, the unmatched level of transparency is unrivaled. They are the best omni microphones ever.”

Smith describes how he uses the CO-100K mics on grand piano, “I have them 40 centimeters apart, pointed slightly down towards the center of the piano in the middle of where the lid and the body of the piano are. I get a nice full-bodied sound, and the bass is tight, rich, and full with everything you want to hear. And in the upper registers of the piano the sound is elegant and a joy to listen to.” 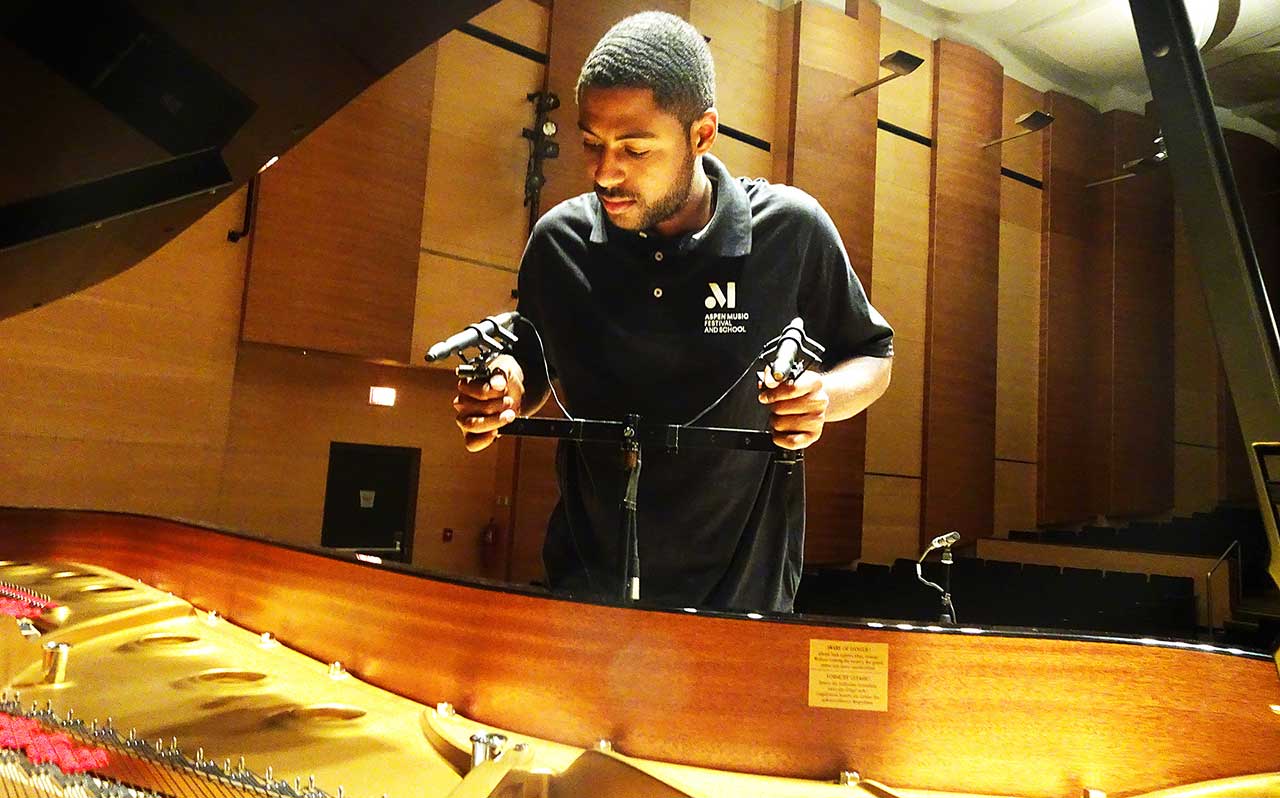 Johnathan Smith is seen positioning his Sanken CO-100K microphones for a grand piano recording at the Aspen Music Festival.

“With the New World Symphony, I’ve had the opportunity to use the CO-100Ks as orchestral mains,” Smith continues. “The clarity and the overall sound is seductive. You listen to it and you just want to keep listening because something draws you deeper and deeper into the music. Then at a certain point, you forget you’re listening through microphones on headphones or a speaker. The result is everything you ever wanted to hear; you can distinguish the individual sections with ultra-clarity. You can pinpoint exactly where everyone is on the stage. You can even get a sense of height, which is rare. I don’t know if you can attribute that to the extended frequency range of the 100K mic, but orchestral instruments, violins, violas, cellos, do resonate in frequencies that we can’t hear. Maybe that’s why these mics sound so good. It’s almost like a tube effect.”

Initially finding favor with engineers for orchestral main arrays, jazz and high-end pop recordings, it is now being used extensively in a wide range of applications including Foley and location sound effect recording, as well as for all types of acoustic instruments.

Smith continues, “I’ve read some articles about how these frequencies that we can’t hear are actually used in our brain for localization and maybe that’s part of the reason why you have much a stronger image with these microphones when you put them up as a stereo pair. I like to use them as flank microphones on the orchestra to widen the stereo image.”

Smith has worked with and recorded award-winning artists such as Third Coast Percussion, Spektral Quartet, John Williams, Arie Vardie, Michael Tilson Thomas, Augustin Hadelich, and Yuja Wang, among numerous others. Most recently, he has worked alongside Grammy Award-winning recording engineer Hudson Fair on several brass and choral recordings as well as joining the Aspen Music Festival and School as a recording engineer for the 2019 summer.

“Every time I put these microphones up, I feel like the music comes alive,” Smith concludes. “It’s no longer a recording, it’s music. It’s not analytical, it’s what the composer is bringing, what the conductor is doing that I can draw out more with these Sanken mics.