Scott D. Davis is known worldwide for his “Rock Concert Piano” and his fondness for reinventing heavy metal classics for the solo piano. While in his teens, Davis concentrated on keyboards and formed a number of rock bands that covered work by such groups such as Skid Row, Dokken, Metallica, and Queensrÿche.

After a few years of frustration with bands, he retreated to the wilderness and began to compose solo New Age piano music. He released his first CD, “Tahoma” in 2003, and his Christmas album “Winter Journey” in 2004. As a popular performer, he shared the stage with luminaries such as George Winston and David Lanz. But his enduring fascination with hard rock and metal drew him back to his first love.

In 2006, Davis released “Rockfluence,” a solo piano tribute to classic rock and metal, and followed it with “Pianotarium: Piano Tribute to Metallica” in 2007. He felt that he had finally found his calling — to use the piano to express the power and beauty of heavy metal. Since then, he’s racked up over 15 million views on YouTube, and opened for many of the bands he worshipped as a teen, including Godsmack, Korn, P.O.D., Sevendust, as well as Vince Neil of Mötley Crüe and Queensrÿche. 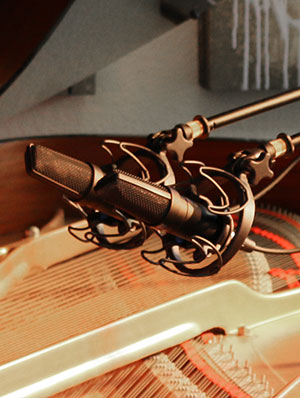 Pair of CU-44X MK II mics inside the piano

Davis explains how he uses his matched pair of dual-diaphragm Sanken CU-44X MK IIs for his piano work, “It’s been my mission for quite awhile to get the most real sounding solo piano, which is quite a challenge. In that quest I came across these Sanken mics. What I’m looking for in the recordings is the detail and realism of the image. I want the piano to really pop out from the stereo speakers as a three-dimensional living thing.

In my experimentation I’ve zeroed in on these particular microphones and I’m using them in an ORTF arrangement, a stereo miking technique developed by the French government around 1960. The microphone capsules are 17 centimeters apart and they’re angled outward at a 110-degree angle, so it’s wider than 90 degrees. I use the stereo bar to hold them in that arrangement, and then I move that arrangement around, above the harp, the piano strings, to find the sweet spot where the piano sound really blooms and sustains the best. I found that spot to be more or less in the middle of the harp, a little bit towards the keyboard, about 20 centimeters above the strings.”

The piano is one of the most difficult instruments to record, because the sound is comprised of everything from very high notes to very low notes. Is the dual diaphragm design of the 44X important in capturing that wide range of notes?

“It seems to be,” Davis surmises. “I’m no engineer as far as the technical details that make it work, but that’s certainly a distinctive feature of these mics. I’ve definitely found that these microphones are capturing the sonic spectrum in a unique way. They definitely capture the sound of a piano from the bottom end to the top end in pretty much equal detail across the entire range.”

Davis records directly from his microphones to his computer using Logic and an Apogee mic-pre audio interface. How is his unique approach to piano describe? “People have started calling what I do ‘rock concert piano,” he suggests. “I think that began when I put out an album some time ago that was all Metallica songs arranged for solo piano, and that became my image. But I do a lot of original music as well. I listen to a lot of metal music and I play solo piano, so this combination of the classic, pure, solo instrument that’s informed by the heavy metal style is what results. Rock Concert Piano, I like it. Fits pretty well.”

Davis records his music with a Yamaha C7 seven and a half foot semi-concert grand.Recording engineers often describe the sound of the Sanken Chromatic 44X in terms of color or shimmering. Smooth at the top end and punchy at the bottom end. Davis is hesitant to describe the sound of his Sanken microphones. “That is the whole point of why I like these microphones,” he says. “They don’t shimmer, they don’t smooth things out. I just want the piano sounds to translate through to the recording without being altered. That has been the hardest thing to get because I’ve found that most microphones either sit at the bottom end or give it a smoother tone or add a sheen to the top. I don’t want to add or take anything away. I want to get as real an image as possible in the recording. I’ve found that these are the mics that do it the best.”

Davis also employs the Sanken Chromatic CO-100K, the first microphone for recording purposes that is able to capture up to 100 kHz (kilohertz), and operates utilizing harmonics in the audio realm beyond what human beings can hear, but which affect the sonic range within the human hearing spectrum. The CO-100K is renowned in the professional recording industry for it’s transparency and accuracy.

Davis elaborates, “Well, as it turns out, I’m not only recording the piano with great accuracy, but the environment that the piano lives in is part of what makes it sound the way it sounds. I have found that I get the most realistic detail by miking up close near the harp, but it lost out on some of the details of the room, of the bigger space. I was flanking a few feet back from the piano with a pair of omnidirectional mikes.

Then after I fell in love with the CU-44s, I got really curious about what other microphones does Sanken make? I decided to demo the CO-100Ks, which also sound like very unique microphones, and in working with them I’m finding that they’re incredibly realistic and incredibly detailed. The CO-100Ks are so detailed that you have to be careful where you place them, but when I do find the right place, I get a three-dimensional depth that goes beyond other omni’s that I’ve tried. I combine the CU-44Xs to the raw piano itself, and then I position the CO-100Ks at a little bit of distance to bring more of the whole environment into the picture. Then I can mix the two to get the right balance. 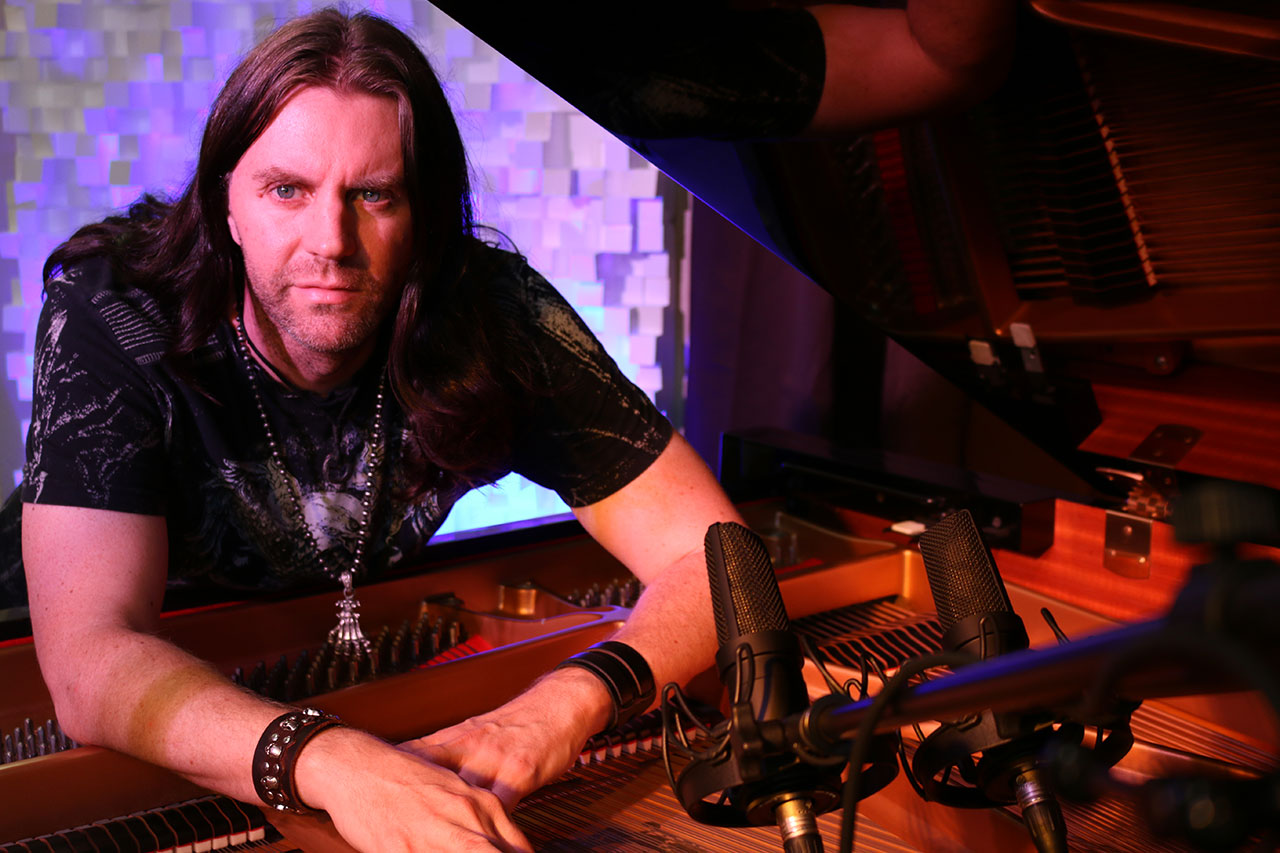