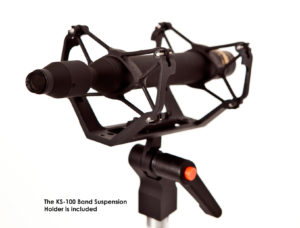 “The clarity and the musicality of these Sanken Chromatic mics is astounding,” commented Botnick. “You don’t need an equalizer to enhance the high end. No need to boost the 5K, or grab the 16K on a shelf and turn it up. It’s not that they are brighter, it’s just that they extend your frequency range and give more sonic reach and clarity.”

Botnick is well known for his work with The Doors as both their engineer and then producer of their final album with Jim Morrison. Botnick also worked on The Rolling Stones’ “Let It Bleed,” and produced Eddie Money’s first two albums. Botnick had a long-running association with film composer Jerry Goldsmith as his scoring mixer. Botnick first met Goldsmith on 1979’s Star Trek: The Motion Picture and they worked together on most of Goldsmith’s film projects – numbering over 100 – from the 1980s through to Goldsmith’s death in 2004.

“The music recorded for ‘Jack Reacher’ with these Sankens worked especially well with the dialogue,” Botnick continued. “The clarity and musicality of the 100k’s gave Joe Kraemer’s score great transparency, which allowed the music to emotionally enhance the film to its fullest.”

“Jack Reacher” depicts a city thrown into chaos following a shooting that leaves five dead. What at first seems like a simple case to solve becomes complicated when the accused requests that Jack Reacher be put on the case.

Sanken Chromatic’s CO-100K features very fast transients with an extremely smooth response curve, resulting in great clarity and unprecedented transparency. With the ability to capture sounds in the ultra-high frequency range, the microphone also produces very rich results in the low and mid-range of the audible frequency range.