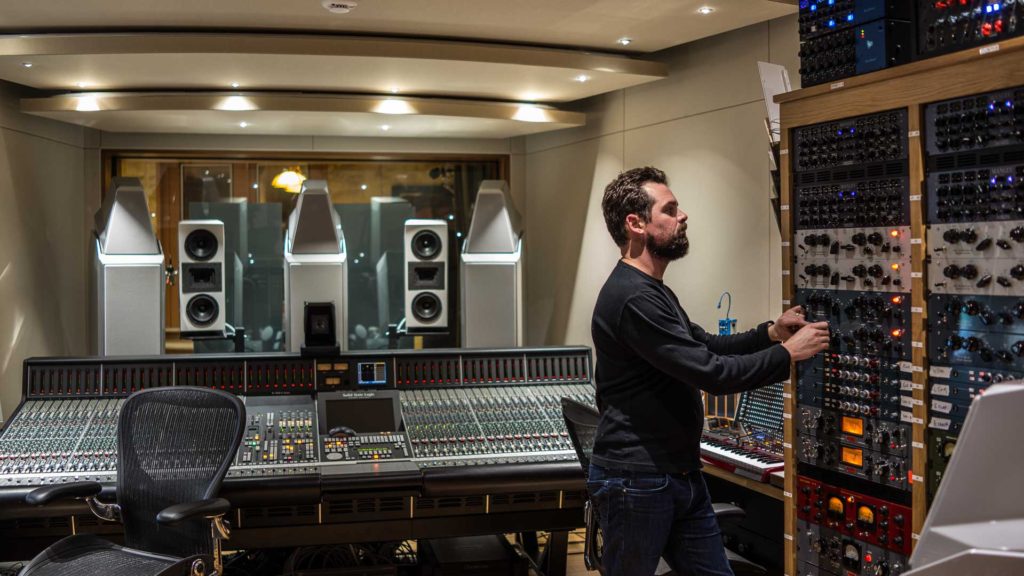 SnowGhost owner, designer, and chief engineer Brett Allen explains how he uses his Sanken 100Ks, “We use them constantly for room ambience microphones. We also use them for sampling at 192k, and then pitching the recording way down for amazing sounds without digital artifacts. We recently worked with the experimental music group Matmos, which has produced music for Bjork. They fell in love with the 100Ks. We played a game of pool miked with the Sankens, and then pitched it down for some really crazy sounds.”

Allen comments about the unusual properties of the 100K microphones, “A lot of people are curious about them being such high frequency microphones and some are skeptical about 100kHz and why you would actually record anything in that fashion. Well, we have found the Sanken to be extremely versatile, and we use them in many different ways. For instance, they are very useful for sound design, where you can record sources and pitch them down and have full resolution, extended bandwidth material.

Classical & Acoustic Music
“We’ve also found that in more of a classical or acoustic context they work really great as distant microphones. And on the other hand, they work really well as close microphones for a reason that not many people talk about, which is the reflection of steep filters back into the audible band. As we push further and further out, the reflections back into the bandwidth that we actually use are further and further outside of the spectrum in which we hear. We love our 100Ks because they just sound so open and not compressed in the normal human hearing range at 22kHz and below.”

An Open Sound Without Compressions
Allen further explains the properties of the CO-100K, “Especially in the digital domain, the filters are pretty steep because they have to be. Depending on the sample rate you’re using, you’ve got pretty nasty noise right up in that upper area. We are capturing sounds at high sample rates like 192K or even DSD (Direct Stream Data) that records well up into the 60 to 80kHz range. We have found that with these microphones, it’s not so much that we’re hearing sounds that that are way up there, it’s more that we’re not hearing the reflection back into the audible band. The way I look at is like having a jetty on a lakeshore, where the waves go and smash against the jetty and reflect back to the other side of the lake, and erode. “In the case of using the 100Ks, it’s almost like having no opposite shore so that the waves can just keep going until they fully diffuse. That’s the best analogy I can come up with — I have found that the recordings don’t sound compressed. With many microphones, once you really start pushing the higher frequencies, they roll off. Sometimes that’s a good thing, but when you’re working with these higher sample rates I want to know that it keeps going.

A Game of Pool Becomes a Drum Set
Allen has been working with the Baltimore band Matmos. “We’ve done a couple of records together and it’s usually pretty experimental as far as the source goes. They like to use non-traditional objects and turn them into instruments with digital editing and DSP. They can pitch things however they want and map them across a sequencer or a keyboard and create melodic and rhythmic components. This time around we used the Sanken CO-100K’s to record a game of pool. Matmos is essentially creating an entire percussion set by pitching up and pitching down, lengthening and shortening the transients. It’s amazing how much is actually present. You go into a bar and you play a game of pool and you’d never know that there’s a whole drum set there. It’s just amazing. I learned a lot from that session.”

The Experimental Group Matmos and Iceland’s Bjork
Allen further explains the connection between Matmos and Bjork? “Matmos co-produced sections of a few records for her, but the main one that they worked on was Vespertine. They went out on tour with her, but they also went to Iceland and recorded her doing all sorts of things, like walking around in the snow or crinkling aluminum foil. They basically went and lived in Iceland for a while and helped produce the record and then went out on tour with her and reproduced it. I don’t know if you’ve ever seen a Bjork show, but they’re really extensive. They might as well bring the whole studio on stage with them. They’re real cutting edge; they have all sorts of ways to interface with the samples and sounds. When people say she’s kind of electronic, it’s true, but most of her music is actually sample based, so they’re creating their own original instruments.”

“You just discover that there’s so much more that we haven’t even begun to capture. As the technology, especially the capture format in digital, gets further and further up the spectrum, the sky is the limit. We’re doing it with a bunch of pool balls and a cue. The last session I did with them we also recorded a cactus, with a hydro-microphone buried inside. What was so interesting about that is that because of the liquid in the cactus, it made a really beautiful resonant chamber, but it also had kind of a weird watery envelope filter sound. It sounded a little bit like a wah. It was crazy, like an envelope filter that went wah, wah, wah. Every time you plucked the little needles you got this kind of marimba sound, but it sounded like it was being run through an envelope filter. It was totally organic and acoustic, and I was curious, “What are you guys running that through?” They’re like, “Nothing, that’s what it sounds like.”

An Alternative to Close Miking
How do the 100K’s sound when recording a traditional classical music ensemble? “After using the 100K’s, I’ve grown to love the sound of great rooms. What’s amazing about those microphones is you can really get entire sonic perspective. I have done some research and found that the human skin and the hair follicles are actually the most sensitive to sound and barometric pressure change, which is essentially just that. When people talk about getting goose bumps because they feel things, especially with music, maybe it’s not only emotional, maybe it’s actually high frequency vibrations. Say you’re walking in the woods and you get a feeling like the weather is going to change or some animal is in the vicinity. You’re sensing something that your ears maybe don’t track. I sometimes wonder if that’s what these mics can do when you’re recording at higher sample rates.

“To record more traditional acoustic music or classical music, or really any kind of music, I’ve found that I like space and I like moving further and further away from the source. Close miking can be nice, and I think we’ve kind of adapted because we have fewer and fewer professional rooms that are in service right now and so we have to do a lot more close miking.

“But, when you have a good room there’s nothing like a microphone minimum ten feet back. The great thing about the 100K’s is that they don’t roll off. You feel like you’re getting all the benefits of close miking, with full frequency, top and bottom, but you’re ten feet away so you’re getting a lot more openness in that instrument. You’re recording in the way in which the instrument was designed to be heard. The only person I know who listens to a violin from an earshot away is the actual violinist, and they hate the way that sounds. They say ‘I wish I could step away from my instrument while playing’.” 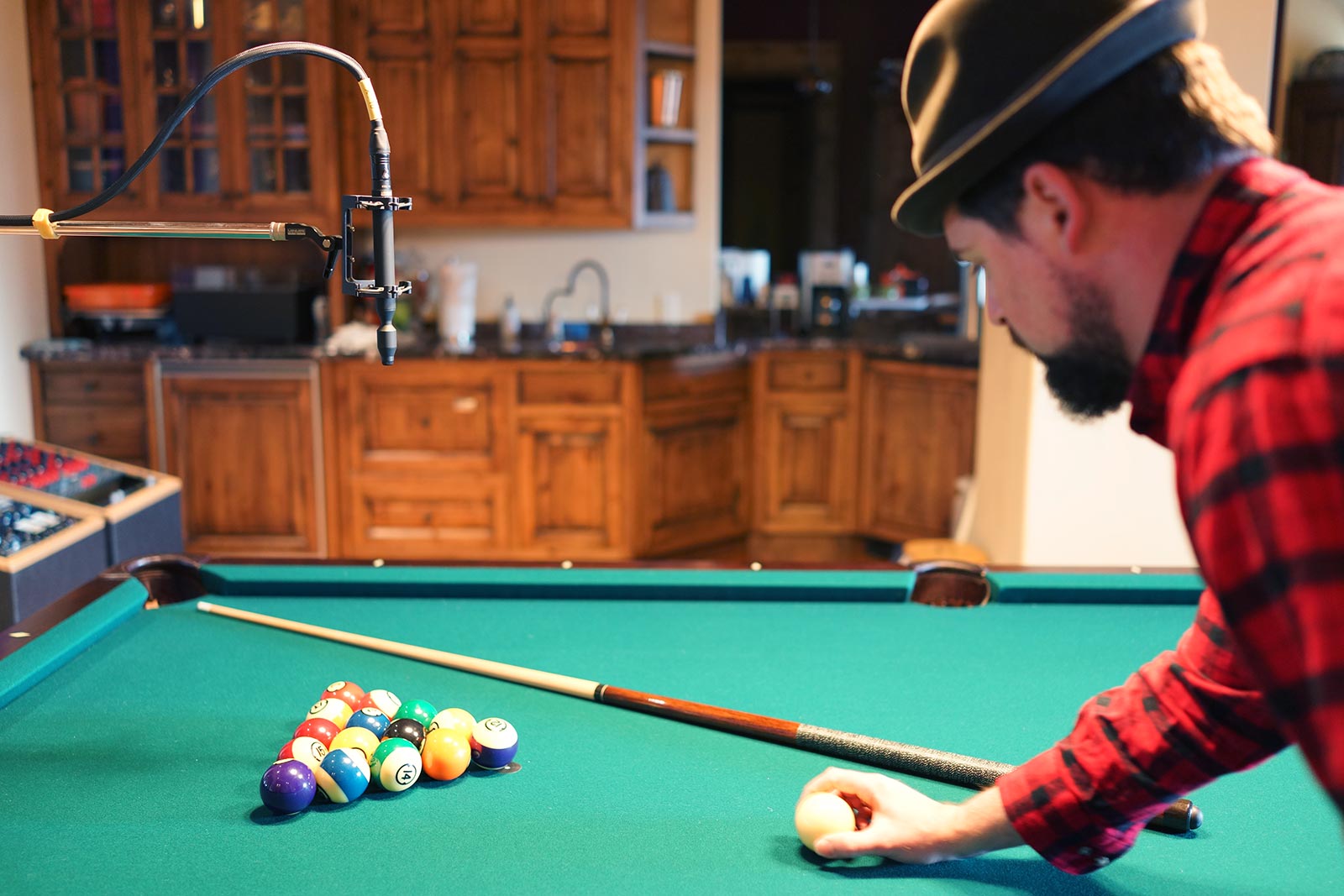 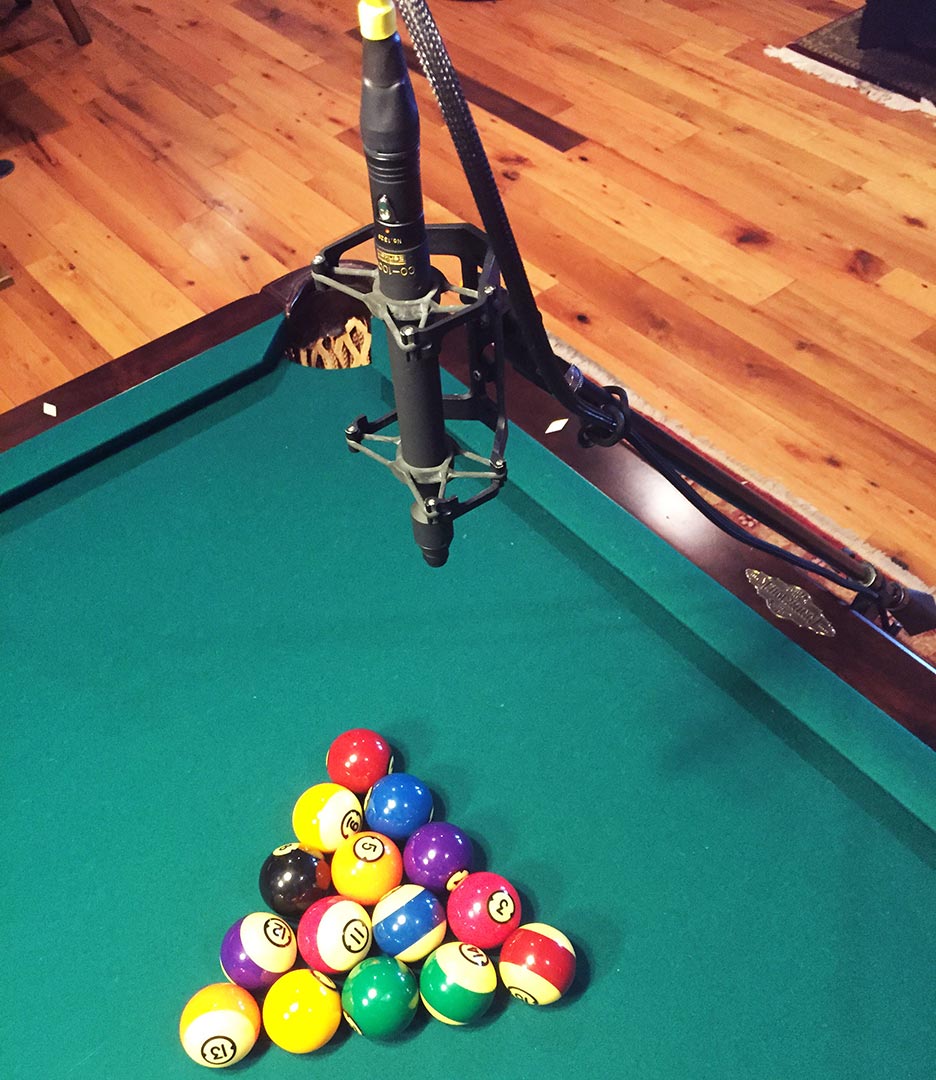 “The great thing about the 100K’s is that they don’t roll off.

You feel like you’re getting all the benefits of close miking, with full frequency, top and bottom, but you’re ten feet away so you’re getting a lot more openness in that instrument.

You’re recording in the way in which the instrument was designed to be heard.”